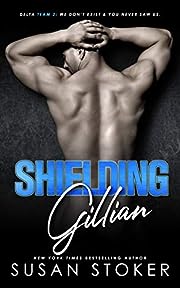 As an event planner, Gillian Romano’s an expert at rolling with the punches and solving unexpected problems. But her flight getting hijacked while returning from a job is definitely out of her skill set. Passengers are being murdered, and when she’s chosen by the terrorists to be their mouthpiece, even more innocent lives rest on Gillian’s shoulders. Only the calm, reassuring voice on the other end of the line keeps her sane, forging a bond with a stranger she’s never seen but trusts with her life.
Walker “Trigger” Nelson and his Delta Force team have spent years training for close-quarter hostage rescue. When they get called to South America to attempt to save an airplane full of hostages, he doesn’t expect to meet a woman who rocks his world in the middle of the op. Gillian’s cool head and bravery in the face of certain terror—and possible death—blows him away. Any outcome that doesn’t include Gillian leaving that plane alive and well is not an option.
After their safe return to Texas, both Trigger and Gillian are excited to find out if their instant chemistry can survive the real world. Neither realizing that someone isn’t happy with the outcome of the hijacking, and is watching, waiting, for a second chance to strike. 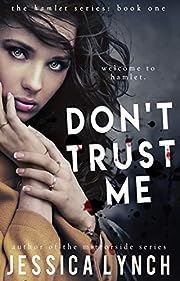 You can’t find it on any map, GPS, or directions site. A small village tucked between a mountain and a valley, Hamlet is the sort of place where everyone knows everyone—and their business, too. There’s no television. No internet. No phones. Only one way in and, for the locals, barely any way out. The sheriff is the law, the only doctor moonlights as the coroner, and outsiders hardly ever come to town.
Murders are even rarer.
A treacherous storm, a flat tire, and a touch of serendipity causes Tessa Sullivan and her husband Jack to stumble upon the narrow strait that leads into Hamlet. It was supposed to be a one night stop until the rain let up and Jack could figure out how to fix the tire—until Tess lands herself in the local jail cell overnight and Jack is found dead in their hotel room the next morning.
There’s no doubt it was murder, but with Sullivan’s gentle wife having an airtight alibi, the sheriff has to wonder: who had any cause to kill the outsider? And is he the only victim?
Dr. De Angelis doesn’t think so. Neither does Deputy Walsh. With Tess looking more and more like the killer’s next target, both men take the time to comfort and protect the young widow. But only one of them is sincere. The other just wants her to himself now that her husband is out of the way.
Alone and afraid, who can she trust? 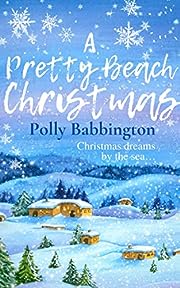 We follow along with the journey of Juliette Sparkles, resident midwife, who after a horrid divorce and a few years of ups and downs, suddenly has a very nice piece of luck come her way and she moves to Seapocket Lane.
There’s the Pretty Beach Christmas Dance, all the weird and wonderful Pretty Beach Christmas traditions and, well, there may just be an ever-so handsome new resident in town.
Will Juliette surprise not only herself, but all the locals in Pretty Beach and get everything she’s dreamt of this Christmas or will she end up back to square one?
If you love romance at Christmas, an utterly gorgeous snow-filled setting, catching up with the plethora of heart-warming characters of Pretty Beach, and a dash of intrigue to curl up on the sofa with and dream, then you’ll just adore A Pretty Beach Christmas.
Immerse yourself back into the cosy little town by the sea, guaranteed to brighten your day and leave you pondering a new life on the coast.

The Whimsy Witch Who Wasn’t (Tales of Xest Book 1) 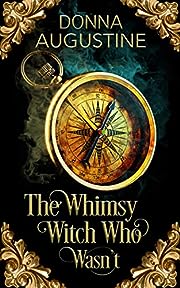 Everybody has bad days, stories of horror and woe. Unless they have the wind calling their name and ghosts telling them they have bad debts, I don’t have time to listen. I’m too busy with the hot guy who yelled at me because of some stupid feather and strange people jumping through puddles and kidnapping me to Xest. If you don’t know where Xest is, join the club. They say it’s somewhere north of North, and east of East. It sure doesn’t look like any place I’ve ever seen.
So yeah, top that day and maybe I’ll hear you out. Right now though, I’ve got to go help the hot guy keep the darkness at bay over by the Unsettled Lands, while trying to not blow things up. It’s the only way I’ll ever get back to Salem. 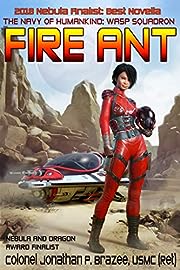 Floribeth Salinas O’Shea Dalisay is an Off-Planet Worker, employed as an exploration pilot by the giant corporation, Hamdani Brothers. Sent on a routine mission to analyze one of the millions of systems in the galaxy, she stumbles across something that could threaten humanity’s very existence. She barely escapes with her life, but in the process, has to shut down her scout’s AI.
As with all OPWs, she has few rights, and instead of being lauded as a hero, the corporation thinks she is lying. Her managers believe she found something valuable and shut down her AI in an attempt to hide that fact, hoping she can sell that information to the highest bidder. Grounded, and with a huge debt now over her head, Beth has to convince the powers that be that a very real danger to humanity is lying in wait out there in deep space. 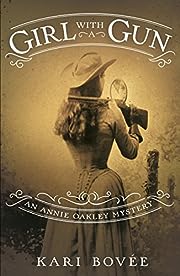 Fifteen-year-old Annie Oakley is the sole supporter of her widowed mother and two younger siblings. An expert markswoman and independent spirit, she hunts game to sell to the local mercantile to make ends meet instead of accepting a marriage proposal that could solve all her problems, including the impending foreclosure of her family’s farm.
After a stunning performance in a shooting contest against famous sharpshooter Frank Butler, Annie is offered a position in the renowned Buffalo Bill’s Wild West Show. Finally, she has a chance to save her family’s farm–and make her dreams come true. But after her catapult to fame, a series of crimes takes place in the Wild West Show, including the death of Annie’s Indian Assistant. The coroner claims the death was due to natural causes, but mysterious clues convince Annie it’s murder. As she gets closer to the truth, her prized horse, Buck–a major part of her act–is stolen, and she realizes that someone is out to get her. 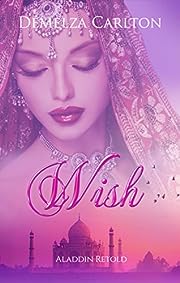 When Princess Maram and street rat Aladdin meet in the marketplace, sparks fly, and Aladdin swears to move heaven and earth in order to make the lovely courtesan his wife. He steals a magic lamp with a genie inside, thinking all his troubles are over…only to find they have barely begun.
Can Aladdin win the princess’s hand without losing his head? 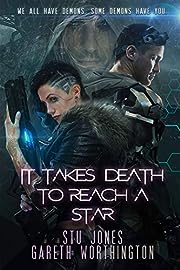 THE WORLD YOU KNOW IS DEAD.WE DID THIS TO OURSELVES.The epidemic struck at the end of the Third World War. In just five years, the Earth was annihilated. Only one city survived—Etyom—a frozen hell-hole in northern Siberia, still engulfed in conflict.The year is 2251.Mila Solokoff is a Robust who trades information in a world where knowing too much can get you killed. Caught in a deal-gone-bad, she’s forced to take a high-risk job for a clandestine organization hell-bent on revolution.Demitri Stasevich is a Gracile with a dark secret—a sickness that, if discovered, will surely get him Ax’d. His only relief is an illegal narcotic produced by the Robusts, and his only means of obtaining it is a journey to the arctic hell far below New Etyom.Thrust together in the midst of a sinister plot that threatens all life above and below the cloud line, Mila and Demitri must master their demons and make a choice—one that will either salvage what’s left of the human race, or doom it to extinction … 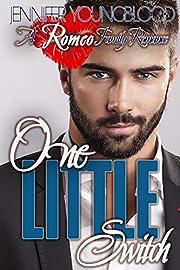 Country music superstar Cash Romeo is at the pinnacle of his career. In what should be the best time of his life, he feels disillusioned with his success and lonely. To make matters worse, someone is sabotaging his tour. One singer is severely injured and the other is dead, leaving Cash reeling.
A happenstance meeting with a saucy blonde might give Cash the solution he needs to fill the slot on his tour, but will she be the next target?
The sparks flying between Cash and Ava on stage are nothing compared to the ones behind the scenes. Just when Cash thinks he’s found the woman of his dreams, danger closes in, and Cash realizes that nothing was as it seemed.

The Magic Bowl: Toilet training can be fun! 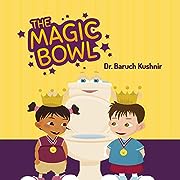 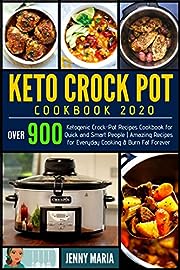 A ketogenic diet, or simply “keto,” as proponents of a healthy lifestyle like to call it, has been studied by specialists in this field for an extended period of time, and many studies and experiments have been conducted. For many, it has become the most effective method of achieving its objectives. For example, this is a real lifesaver for people who want to build muscle, burn excess fat, and increase strength. Despite the fact that maximum results have been achieved in the field of weight loss, healing, it is also actively used as a critical link in the treatment of epilepsy.
Slowly cooking is not just useful in helping you with your weight loss goals, but incredibly helpful at other things like –
-Building muscle building,
-Managing Gluten Intolerance and Celiac Disease,
-A reversion of diabetes,
-Weight lose,
-Reduction of heart disease and cancer risk,
-lowering of blood pressure and reduction of cholesterol. 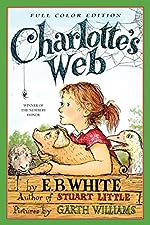 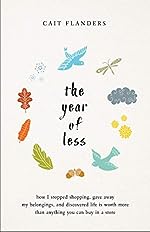 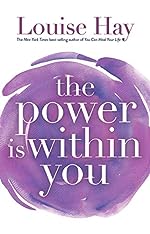 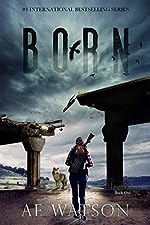 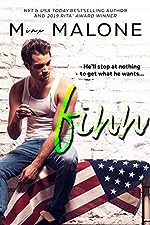 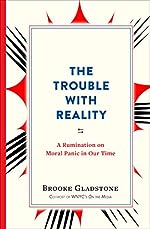 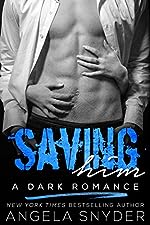 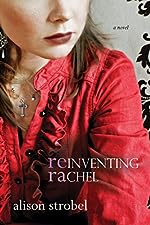 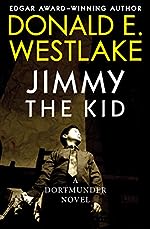 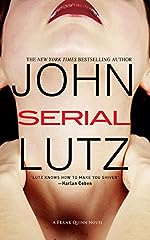