The Sword and the Dragon (The Wardstone Trilogy Book 1) 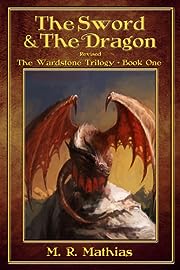 When the Royal Wizard of Westland poisons the king, so that his puppet prince can take the throne and start a continental war, a young squire is forced to run for his life carrying the powerful sword that his dying monarch burdened him with from the death bed.
Two brothers find a magic ring and start on paths to becoming the most powerful sort of enemies, while an evil young sorceress unwillingly falls in love with one of them when he agrees to help her steal a dragon’s egg for her father. Her father just happens to be the Royal Wizard, and despite his daughter’s feelings, he would love nothing more than to sacrifice the boy!
All of these characters, along with the Wolf King of Wildermont, the Lion Lord of Westland, and a magical hawk named Talon, are on a collision course toward Willa the Witch Queen’s palace in the distant kingdom of Highwander. There the very bedrock is formed of the powerful magical substance called Wardstone.

Who are the heroes? And will they get there before the Royal Wizard and his evil hordes do?

Whatever happens, the journey will be spectacular, and the confrontation will be cataclysmic. 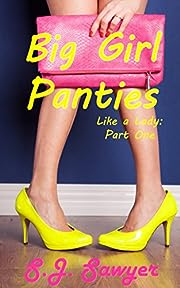 Mom always tells me that when life gives you lemons you squeeze the heck out of them and hope for some lemonade, but after catching that no-good lying, jerk of a bastard cheating on me seconds before we were supposed to be married, I do what any self-respecting Southern girl would do: throw a punch and hide under my blankie. Now, Mary Lou thinks I need a night of fun and adventure. I agree to go out, planning to get her off my back, but when I find myself in Mason Pierce’s arms, I’m thanking my lucky stars, and my best friend. ~Red

Freemont, Oklahoma, is the last place on the whole damned planet that I want to spend my summer and working on my parents’ ranch is the last thing I want to do, but damned if that’s not what I’m doing. Monroe and I need a night away from this place, a night to blow off steam. A party at the lake sounds like a mighty fine idea, and after catching a glimpse of Red Summers in the firelight, I’m quickly changing my tune. ~Mason 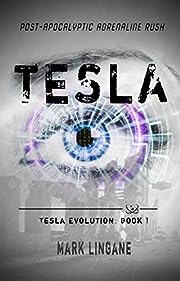 Set a millennia in the future, nuclear war has wiped out much of civilization in the northern hemisphere. The planet has slowly been getting hotter and water is becoming a rare resource. Out of the ruins of a civilization that has collapsed in on itself, have arisen a new breed of people – those with the power to control magnetism.

Seb, a young orphan boy from a quiet rural town, is being hunted by strange part-machine, part-human people. His only hope is Melanie, an angry, dying teenage girl who is dragged into the adventure and sets out to deliver him to the Steam Academy, even if it’s just to stop him talking. Seb must confront an unknown past and fight against everything he believed in. And occasionally wash his hair.

Set in the only continent to survive the annexation of civilization and nuclear fallout, the great, hot southern land is a world of pain and desperation, where the only form of currency worth having is water. 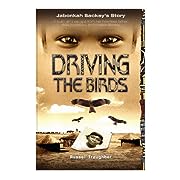 Jabonkah Sackey’s only desire in life was to be like her mother and to be left alone. However, being born deep in the African bush in 1948, her desires didn’t really matter. Cursed with an abusive father, Jabonkah was saddled with the plans he had for her. Instead of being a “stupid bush woman” like her mother, she was going to learn to obey. But after repeatedly disappointing and rebelling against her father, he sets forth on a rampage targeting her mother and nearly beats her to death. After stepping in to save her mother and scalding her father with boiling water in the skirmish, Jabonkah’s fate is unfortunately sealed. She is sent to the Society as punishment, where women from her own tribe perform the ritual of female circumcision. Six weeks later, Jabonkah returns home to the continued beatings until she is eventually disowned and sent away to live with a missionary by the name of Mother Stevens. Unfortunately, it’s with Mother Stevens that her real struggle begins. Will Jabonkah escape the oppression and misery that is ruling her life, or will she succumb to her depression? Set against the harsh setting of mid-century Africa, Driving the Birds takes readers on a journey from small villages in Liberia to African missions, and eventually the United States. With this particular backdrop, Jabonkah’s story brings many issues to light that affect countless women around the world. By documenting the horrible genital mutilation that she suffers in detail, Driving the Birds aims to bring about further awareness to an issue that is still prevalent today. Though the subject matter can be intense and discouraging at times, Jabonkah uses her faith and an uncommon personal resiliency to keep the story from setting into a despondent manner. With true personal freedom as her goal, Jabonkah is able to overcome numerous obstacles and a lifetime of hardships in route to achieving her dreams and ensuring her happiness. Driving the Birds by Russell Traughber is the uplifting true story of one woman’s courageous journey from a small village in Liberia to the freedom that America offers. With unmistakable charm, unwavering determination, and a truly unique worldview, Jabonkah enthralls readers with each passing chapter. Her personal journey and repeated injustices are equal parts heartbreaking and infuriating. From repeated abuses at the hands of others and the subjection to female genital mutilation, Jabonkah’s plight provides a window to the sufferings of less fortunate women around the world. However, where parts of her story enrage and discourage, it’s her spirit and determination that ultimately leave readers feeling like they have taken part in Jabonkah’s triumphs as well. 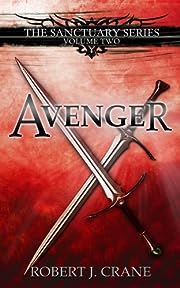 The world of Arkaria is a dangerous place, filled with dragons, titans, goblins and other dangers. Those who live in this world are faced with two choices: live an ordinary life, or become an adventurer and seek the extraordinary.

When a series of attacks on convoys draws suspicion that Sanctuary is involved, Cyrus Davidon must put aside his personal struggles and try to find the raiders. As the attacks worsen, Cyrus and his comrades find themselves abandoned by their allies, surrounded by enemies, facing the end of Sanctuary and a war that will consume their world. 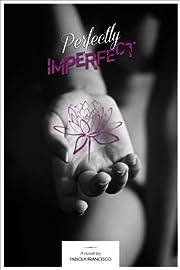 Mia is a strong, successful woman rising in her career. She has her best friend, Steph, by her side, and a taste for party and men. She also carries the burden of her past on her shoulders.

That is until she meets Grayson, and he throws her off balance, causing her to feel emotions she’s hidden under the surface for a very long time.

Will she be able to finally open her heart to someone and blossom, or will her past continue to haunt her and keep her sheltered under the murky waters of those memories?

At the Edge of a Dark Forest: A modern-day retelling of Beauty and the Beast (Fairwilde Reflections) 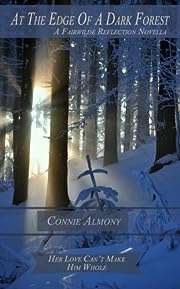 Cole Harrison, an Iraq War veteran amputee, wears his disfigurement like a barrier to those who might love him, shielding them from the ugliness inside. He agrees to try and potentially invest in, a prototype prosthetic with the goal of saving a hopeless man’s dreams.

Carly Rose contracts to live with Cole and train him to use his new prosthetics, only to discover his dark world of alcoholism and PTSD. Can Carly help him fight this war and discover the man he is destined to become?

At the Edge of a Dark Forest is a modern-day retelling of Beauty and the Beast. Only it is not her love that will make him whole.

Viejo and the Ranger 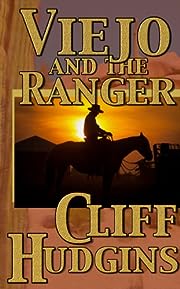 Jason Bernard Ramsey II is a man of faith…but he becomes Jack Short, a man who kills whoever gets in his way. He discovers two skills he did not know he had…a fast draw and the ability to kill without remorse. He’s at odds with his faith and the law. If you break the law in Texas, you must answer to the Texas Rangers. This duty falls upon Lee Brannon. In a strange twist of fate, Viejo joins with the ranger in the pursuit of other outlaws, and discovers there is no real code of ethics among thieves and no misdeeds go unpunished. 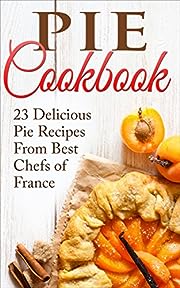 Today only, get this Kindle book for $2.99 with FREE HEALTHY NUTRITION research inside! Regularly priced at $7.99. Read on your PC, Mac, smart phone, tablet or Kindle device.

You’re about to discover pie cookbook recipes from the best Chefs of France! This manuscript covers all the best recipes of pies in the world from the country that prides itself with the most delicious desserts in the whole world.

This recipe book is packed full of uncomplicated and delicious recipes from best desserts Chefs of France. Many of these have been handed down through generations and now through this book, to you so that not only you can share the knowledge, but also taste it!

The truth is, many people fail to discover masterpieces of pies because they never really seek out to experiment, create and ask chefs in the restaurant what are the pie recipes, or any other recipes for that matter. By purchasing this pie cookbook and reading through the pie recipes, you will be putting yourself in a position to finally taste those amazing pie recipes and cook them yourself!

Take action right away to find out what are these pie cookbook recipes by downloading “Pie Cookbook: 23 Delicious Pie Recipes From Best Chefs of France”, for a limited time just for $2.99! 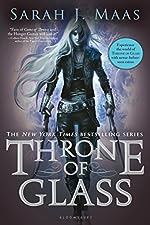 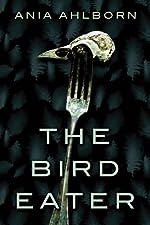 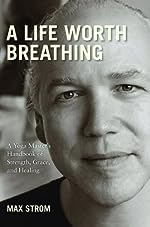 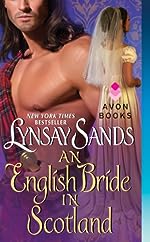 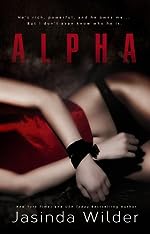 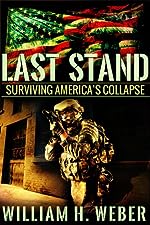 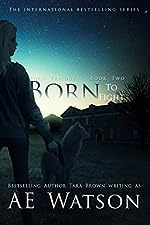 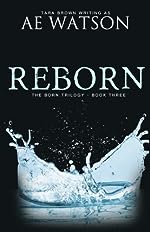 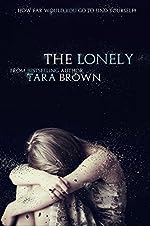 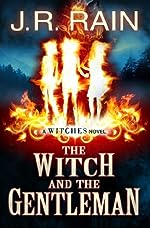 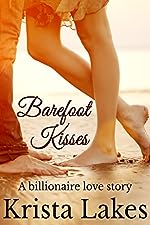 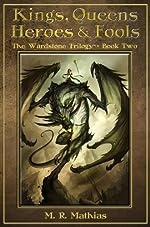 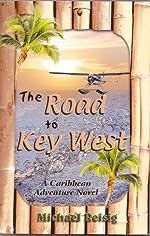 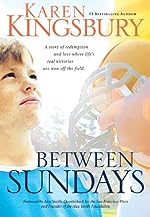 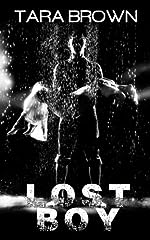