A Week in New York (The Empire State Series Book 1) 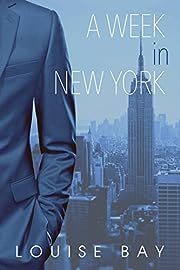 Anna Kirby is sick of dating. She’s tired of heartbreak. Despite being smart, sexy, and funny, she’s a magnet for men who don’t deserve her.

A week’s vacation in New York is the ultimate distraction from her most recent break-up, as well as a great place to meet a stranger and have some summer fun. But to protect her still-bruised heart, fun comes with rules. There will be no sharing stories, no swapping numbers, and no real names. Just one night of uncomplicated fun.

Super-successful serial seducer Ethan Scott has some rules of his own. He doesn’t date, he doesn’t stay the night, and he doesn’t make any promises.

It should be a match made in heaven. But rules are made to be broken. 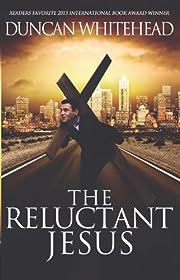 A wild and romping quirky comedy from the author of the bestselling and award-winning novel, The Gordonston Ladies Dog Walking Club.

The year is 1999 and the millennium is fast approaching. Baseball fan and thirty-two-year-old confirmed bachelor and architect, Seth Miller, is content with his life, as long as the Yankees win and his mother stays away from his Greenwich Village apartment. Seth’s life though is turned upside down when he is informed by his overbearing and overprotective mother that he is God’s youngest son, and by default the second coming of Christ.

Initially convinced that his parents are crazy, his thoughts of their committal to a suitable care facility are superseded when he receives an unsolicited telephone call from God himself. With Armageddon fast approaching, and due to some poor editing and proofreading of the Bible, Seth must assume the role of Christ and fight God’s corner in the ‘Final Conflict’ between good and evil. Despite his initial reluctance and attempts to shirk his new responsibilities, God is insistent, and Seth is cajoled into undertaking the role of Messiah.

With his best friend, and chief follower Bob Nancy, Seth embarks on a calamitous sequence of miracle doing and disciple gathering, all of which fail to inspire the legions of followers expected by God, but leads to a bout of food poisoning for a troop of visiting boy scouts and a suspected attempt on the life of the Mayor.

God, a somewhat nonchalant character, is far more preoccupied with the lack of IT and administrative support he is receiving in heaven, than actual events on Earth; and is already planning to move on to other planets that he and Lucifer are in the process of developing for ‘future projects’.

Enter Maggie De Lynne, as Seth’s second disciple and love interest, who adds her own perspective to Seth’s predicament; which is only compounded when a just as unsuitable anti-Christ, suffering from IBS and with a penchant for dressing up as cartoon characters, visits his apartment.

Throw a ‘gangsta’ rapping Guardian Angel and Walter, the talking cat – who used to be quiet as a mouse – into the mix, and the scene is set for a hilarious tale of one man’s reluctance to save the world and join the family business. 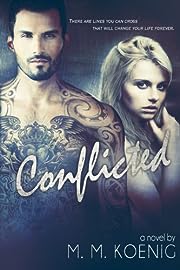 Mia Ryan was on the path to make all her dreams come true. Her life was everything she wanted it to be; until one fateful night changed everything – leaving her broken and without direction. Nearly a year later, she still has little faith in anyone or anything. Desperate to reclaim her life’s ambition, she takes an unexpected offer that promises to solve all her problems. But as Mia moves forward, she’s faced with obstacles she couldn’t have foreseen. The biggest of them lies within the mystery of Ethan Fitzgerald; a man who affects her like no other, but who she should avoid pursuing, at all costs.

On a mission himself, Ethan Fitzgerald didn’t care who he pissed off on his road to fulfill his mother’s dying wish. He relied on himself, and was closed off to the world around him – until Mia Ryan walked through his door. Normally one to avoid messy emotions, Ethan’s world is turned upside down by Mia, and he can’t seem to get enough of her. 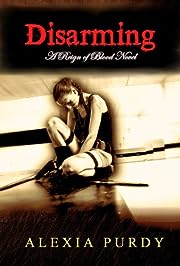 The world has changed. One must adapt to survive or hold on to the crumbling shards of humanity.

April continues to hold her fragile world together, but the ties that hold her family together are quickly unraveling. Rumors of a massive human underground settlement draw her to the shadows of the city once more in search of other survivors more like her, even with the hybrid vampires opposing her every move.

The darkness hides secrets along with the continued threat the Feral Vampires create, but a greater evil hides within the city. Something tells April that the humans will be less than welcoming of her, and that’s if she can find them before the Vampires do. Joining sides with the enemy might be the only choice she has left. 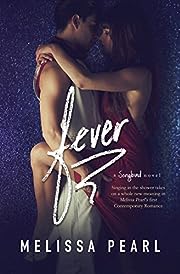 Ella Simmons does not want to move across the country. But she is, because her boyfriend has persuaded her to join him at UChicago to finish out her college education. Never able to tell him no, she hops on a plane and makes the trek from LA expecting to adjust to life like she’s often forced to, but things are not that simple when she hears a luscious voice singing over her shower wall. His deep, sexy tenor makes her weak in the knees, spreading fire through her limbs and making her question everything about her life and relationship.

Can one voice really have that much of an impact?

Cole Reynolds is on his way out. In his final year at UChicago, the only thing he wants to do is finish school and get on with his life. But the sweet voice that interrupts his morning shower turns his world upside down. Compelled to find his shower songbird, he begins a search across campus. The only thing to distract him from this goal is his roommate’s gorgeous girlfriend who’s just arrived from LA – Ella Simmons.

Relationships are put to the ultimate test as future dreams are questioned and friendships are thrown on the line for love. 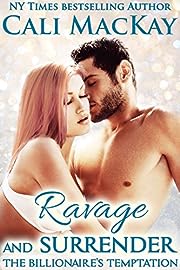 Jake made a mistake that’s haunted him for years–walking away from the only woman he’s ever loved. When Hannah calls him, desperately needing his help to find their good friend–and her estranged husband–Jake immediately returns to her side, his feelings for her undeniable.

Hannah did her best to move on after Jake broke her heart nearly a decade earlier, but with a failed marriage now under her belt, Jake’s once again stirring up feelings she’s spent years denying.
As they search for her husband, their timing couldn’t be worse for rekindling what they once had together, and she’s yet to forget that he broke her heart.  Jake’s a determined man, but can he overcome the mistakes of his past, and a husband back from the dead, who’s decided he wants his wife back?

Burn for You (Gully’s Fall Book 1) 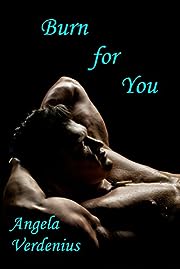 One horrendous encounter with bikies left Ash shattered. Arriving in Gully’s Fall in search of a new life, she didn’t count on falling for the hunky, bikie-riding fireman who rescued her when her car broke down.

Blessed Are the Wholly Broken 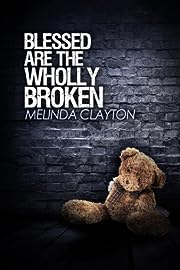 In her latest novel, Blessed Are the Wholly Broken, the award-winning author of Appalachian Justice weaves a harrowing tale of a family in the midst of self-destruction.

After the heartbreak of losing their newborn son to a previously undiagnosed genetic condition, Phillip and Anna Lewinsky managed to patch their lives back together and move forward, filling the emptiness with friends, work, and travel.

When Anna unexpectedly finds herself pregnant again at the age of forty-three, Phillip is thrilled to have a second chance at fatherhood in spite of Anna’s objections.

As desires clash, misunderstandings abound, and decisions are irrevocably made, the foundation of their marriage begins to crumble until only tragedy remains. 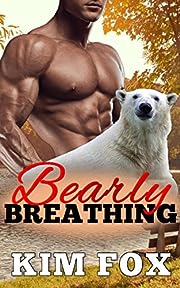 Werebear, Connor Jacoby, is trying really hard to make his new kayaking business succeed. But it’s hard when one of your employees phases into a bear in front of your customers and the other charges for autographs because he thinks he’s famous since he once played two games in the NFL before getting kicked out.

Connor already has his hands full and it’s about to get worse when his two incompetent employees bond to the two hot girls they are paired with. But there’s nothing he can say because his bear bonds with the beautiful Rebecca. 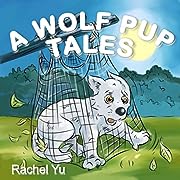 This humorous, delightful story began as a writing assignment in Rachel’s 6th grade English class. Fast forward three years to the present, Rachel has transformed “Rugmo and the Other Side of the Fence,” to “A Wolf Pup’s Tale;” a beautifully illustrated, enchanting children’s book. It is a story about a young wolf pup, whose curiosity leads him to discovery, danger, and friendship.

Rachel Yu, 14 years old, is the author of “Dragon’s Alphabet Soup”, “A Dragon Named Dragon,” and “Fly High, Hammie Hawk.” She has always loved reading and daydreaming. Rachel is currently residing, happily ever after, in a cozy den.

The Best Donut Recipes In History: Secret Step-by-Step Formulas For Delicious Donuts Your Family Will Love 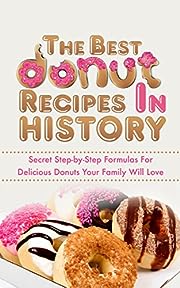 Many of us seem to think that baking your own donuts would be a tedious and a time consuming process. But it doesn’t have to be. You can bake your own mouth-watering donuts within minutes by using some simple ingredients and techniques.
A sumptuous donut filled with various toppings or frosting can quickly change your mood from glum to happy. All you need is an oven and some basic ingredients. Okay, so you don’t have an oven, why not pan-fry your donuts by going the old-fashioned way? They would taste just as delicious as the baked ones.

Once you realize how easy it is to make your favorite donuts at home, you will almost never want to buy them again. This book explains every procedure in a simple and detailed manner. In no time, you will master the art of making donuts if you follow the instructions.

If you have never tried your hands at making your own donuts, now is the time to start. Happy Cooking! 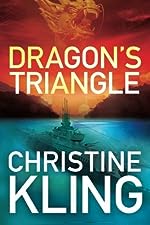 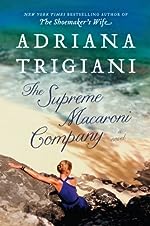 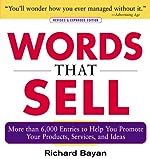 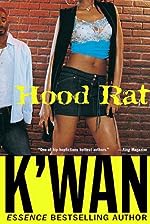