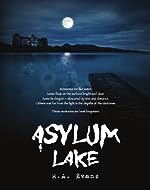 “An easy read, the characters were likable, and the story was gripping.”

Memories are like water. Some float on the surface bright and clear. Some lie deeper – blurred by time and distance. Others rest far from the light in the depths of the darkness. These memories are best forgotten. At the bottom of Asylum Lake the unremembered are growing restless.

After the sudden death of his wife, Brady Tanner moves to the small Michigan town where he spent summers as a youth. But he soon learns that small towns can be stained by memories…and secrets too. As Brady is drawn into unearthing the secrets of the town and of the abandoned psychiatric hospital on the shores of Asylum Lake, he discovers a new love in an old friend. But there is an evil presence lurking beneath the waters of the lake. What is the source of this evil–and what does it want with Brady Tanner? 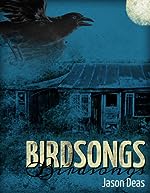 “Well written with a great cast of characters!”

Birdsongs is a fast-paced mystery centered on former FBI agent, Benny James. Fired from the FBI for inadvertently sleeping with the perp in a murder case, he tries to disappear to a houseboat and retirement.

Not having what it takes to relax, Benny starts a service offering discreet investigations. That is until a body is found crucified near his marina. The local police department requests Benny’s help and he knows if he can catch the killer, redemption is his. The Chief gives Benny and the department ten days to solve the crimes before he promises to request the help of the FBI.

A few newcomers straggle in as well. An ex-convict fresh out of prison from a thirty year murder rap slinks in unnoticed with revenge on his mind. Days later, a Greyhound bus delivers a strange young man raised by deaf-mute parents from deep within the Ozark Mountains. An old newspaper clipping and a dark secret pulls him to town. 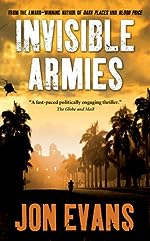 “It made me feel like I was actually there going through the adventure.”

In a world where security cameras prove what you have done and databases define who you are, the few who know how to manipulate the technology can play God. They can change the future; they can alter the past. They can make big money, they can save the world, and they can get away with murder over and over again.

Danielle Leaf grew up believing she was safe. Now she knows she was wrong.

Award-winning author Jon Evans returns with a compulsive, fast-paced story that examines issues of Third World exploitation and the extreme edge of anti-capitalist activism. Invisible Armies is Cold War suspense for the modern age, a thriller that looks behind the power of protests and the politics of big business. 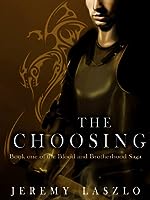 “This book is a complete mix of romance, fantasy, mystery and of course adventure.”

Seth is a young man torn by fear and indecision. His life no longer in his hands, he fears an uncertain future where the only certainty is a life of servitude to the kingdom. Fortunately for Seth, he is not alone. His brother Garret too attends the choosing ceremony where their fates will be decided. Together the twins make their way to the castle city of Valdadore for the choosing ceremony but along the way Seth notices a strange new trend in his life. Time after time strange circumstances befall him in what others might call a coincidence, but Seth knows something else is amiss and begins mentally cataloging each new and strange event. Learning his past is all a lie, Seth begins to fear more for his future as a dark goddess vies for his service to her cause. Seths loyalties and responsibilities begin to stack up as he makes friends and allies and even falls in love, but with the choosing ceremony growing ever nearer will he be forced to flee the kingdom into a life of exile, or choose to serve the goddess who swears that only through her will he find peace.

By Chautona Havig / Genre: Religious Fiction / Rating: 4.4 out of 5 stars 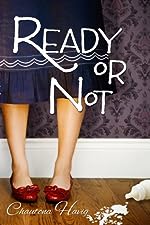 “Be warned…you will want the next two books in this series For Keeps and Here We Come.”

Fresh out of college, Aggie Milliken thinks she’s prepared for anything life can throw her way. Think again, Aggie!

After the abrupt loss of her sister and brother-in-law, Aggie is stunned to find herself the sole guardian of their eight lively children. If learning basic parenting skills wasn’t complicated enough, she must also battle the children’s half-crazed grandmother, survive a massive remodeling project, and navigate the waters of new friendships-alone.

She has little experience with children and none with housekeeping, and it shows. What she has going for her is grit, a double dose of determination, and the confidence that this is exactly where the Lord wants her to be. With an unlimited P-mail account and enough hymns to keep her spirits bolstered, she tackles one catastrophe after another.

It seems like nothing Aggie does is right, but ready or not, here she comes!