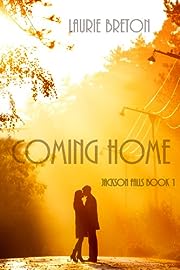 The year is 1974, and aspiring songwriter Casey Bradley is just eighteen years old when handsome, charismatic singer Danny Fiore sweeps into her life and turns it upside down. The first time she looks into Danny’s turbulent blue eyes, Casey is ready to toss aside her entire future for a man who will almost certainly break her heart.

Together with guitar wizard Rob MacKenzie, Casey writes the songs that catapult Danny to a fame beyond their wildest imaginings. But life with Danny isn’t what she expected. The road to success is loaded with land mines, and rivers of darkness flow through her troubled marriage. Every time Danny breaks her heart, it’s Rob who picks her up, dusts her off, and glues the pieces back together.

It isn’t until she suffers an unimaginable loss that Casey begins to question who she is and what she really wants from life. As she searches for herself amid the wreckage, she discovers the bittersweet truth that the choices a woman makes at thirty can differ vastly from those she made at eighteen.

COMING HOME is a poignant story about the seasons of a woman’s heart, and the roundabout route we sometimes have to take to get to where we’re meant to be. 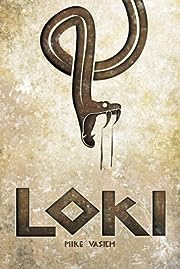 God of Mischief.
Father of Lies.
Harbinger of Destruction.

Exiled and tortured by the gods, Loki swears vengeance.

He will summon the mighty Fenris Wolf and the legendary Midgard Serpent, and they will lead an army of giants and all the dead in Niflheim.

Brimming with the power of the most destructive being in the Nine Worlds, he will not rest till Asgard is in ashes and all the gods are dead under his heel. 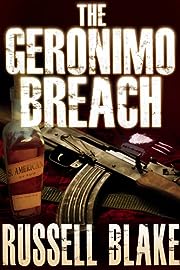 The Geronimo Breach is a breakneck-paced thrill ride that pits the world’s most unlikely protagonist against the deadliest adversaries on the planet. From the corridors of Langley to the sweltering jungles of Panama, from the hills of Pakistan to the cocaine trails of Colombia, a clandestine scheme to preserve a terrible secret goes horribly awry, plunging a reluctant hero down a deadly rabbit hole of deceit and betrayal, while raising disturbing questions about the media, the war on terror & its linkage with the war on drugs, & the nature of reality in an age of sound-bites and photo ops. 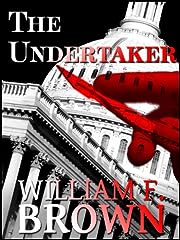 Pete Talbott is a California native and harried Boston computer wonk still grieving over the death of his wife Terri, when he found himself at the wrong end of Gino Parini’s .45 reading his own obituary torn from that morning’s newspaper. Talbott figured it was all a big mistake until Parini showed him his wife’s obituary too, and this was a mystery Talbott couldn’t leave alone. From a funeral home in Indiana, to car chases on the Dan Ryan, a bloody Back Bay townhouse, snipers in New York City’s Washington Square, sleazy lawyers, corrupt County sheriffs, mafia hit men, the FBI, an army of Chicago cops, and that unforgettable scene in the upper berth of an Amtrak Train, The Undertaker is a thrill ride with a touch of humor and romance. Someone with a penchant for sharp scalpels and embalming tables is planting bodies under other people’s names; and if Talbott doesn’t stop them, he and his quirky new girlfriend, Sandy Kasmarek, will be next on the Undertaker’s list. 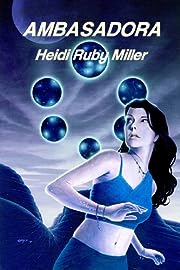 Sara Mendoza is captured, tortured, and falsely accused of treason by the Embassy, but she is given a chance to win back her freedom. She only needs to charm information from one of the fragger leaders, then kill him. But by the time she figures out the Embassy’s intel is flawed and that Sean Cryer is her true mark, she’s already in love with him.

Sean knows why Sara is on his ship from the start, but as a lonely, anti-social doser, he doesn’t value his life, only his ideology within the fragger organization. Against his better judgment, he becomes her protector, each day caring more about a future he was always afraid to hope for. 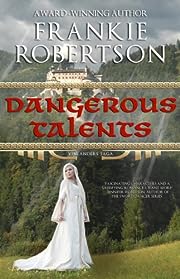 Celia Montrose has been trained to deal with any emergency–except being thrust into another world. Nothing has prepared her for meeting the Viking descendants of the lost Vinland colony, or coping with kidnapping, murder, and magic.

Lord Dahleven is trying to avert a war when he rescues a strange and beautiful woman in the drylands. Though he fears Celia may be Fey-marked, Dahleven can’t resist the powerful attraction he feels for her. But is Celia in league with the enemy, or will she provide the key to saving his people?

Alone and off-balance, Celia finds herself falling for Lord Dahleven. But dangerous forces are at work, and one of them is offering Celia a way home–for a price. 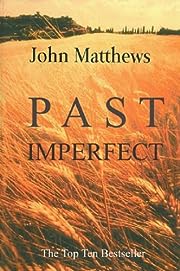 A car accident in California, a deadly assault in Provence, and two boys 30 years apart are left battling for their lives.

Dominic Fornier is the detective who finds himself at the heart of the investigation. A simple provincial case that becomes one of the largest and most important in French criminal history.

Fornier’s only hope is to prove the link between the two boys thirty years apart. A compulsive journey through forensic, medical and psychiatric evidence between France, the USA and London; a breathless paper chase of clues from a young boy’s psyche… and a desperate race against time with a killer who will stop at nothing. 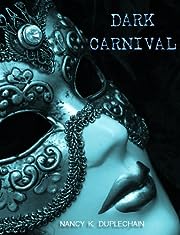 “I noticed countless eyes following me. They belonged to shop-keeps closing up for the night, the homeless watching me from their makeshift beds, call girls pretending to wait for their next tricks on the corners, but all the while, wary of my every move. I didn’t belong here and they knew it. I could feel Les Foncés all around me, too, watching me from behind the tombs of the cemeteries, waiting for me around the corners of St. Louis Cathedral. With each breeze that floated off the Mississippi, I could feel their breath on my neck.”

The city of New Orleans beckons Leigh Benoit into its mysterious arms in this sequel to the popular Dark Bayou. She continues with her mission to learn the art of the Traiteur while ancient beings threaten to tip the balance to the dark side. With the clock ticking, it’s a race to find a cursed antique during Mardi Gras—a celebration that is about to become the Dark Carnival. 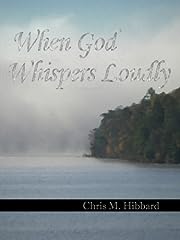 When God whispers, the wise listen. In this short story, a busy husband and father fails to heed the quiet voice of the Lord. I doing so, he experiences the loving admonition of God whispering loudly. 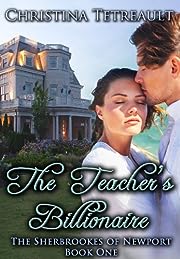 Callie Taylor’s life is turned upside down when she learns the truth about her birth following the death of her mother. Not only is her father alive, but he’s none other than presidential candidate Senator Warren Sherbrooke.

Billionaire and confirmed bachelor, Dylan Talbot, is devoted to his family. When his stepfather Warren Sherbrooke receives a letter from a past love telling him they have a daughter together, Dylan is instantly suspicious. In order to keep the media vultures away and protect Warren’s political aspirations, Dylan convinces Warren to let him handle the situation.

As Callie and Dylan spend time together, they can’t resist the feelings that blossom between them. However, when Callie learns the real reason he has been spending time with her their fledgling romance is put in jeopardy and only complete honesty can save it.