Check out these seven free mystery, suspense and thriller novels for Kindle. 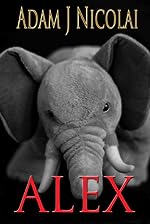 An empty house. A bereaved father. Tormented by his loss, Ian Colmes has driven away everyone he loves. Now, consumed by guilt and longing, he begins to see his dead child again.

With a masterful hand, suspense newcomer Adam J Nicolai paints a picture of grief, madness, and the furious strength of a father’s love for his son.

By Anita Bartholomew / Genre: Mystery & Thrillers / Rating: 4.5 out of 5 stars 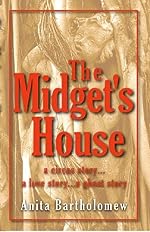 “You get sucked in and won’t want to put the book down until you’ve read the very last page.”

The Midget’s House is a tale of two women (one alive, and the other long dead), each mourning lost love and struggling for control of the one place that feels like home.

Marisa Delano is thrilled when she unexpectedly inherits the fairy tale-like cottage on the bay–until she learns that Lucinda Lacey, a sideshow midget who died on the property in 1924, still inhabits it. As Marisa searches for answers about the unwelcome presence in her new home, all the clues lead to one conclusion: on the day Lucinda died, she murdered her lover, circus owner Cyrus Parker.

Alternating between Lucinda’s and Marisa’s perspectives, The Midget’s House takes readers from the carnivals, circuses, and freak shows of the early twentieth century, to the boom-and-bust of today’s Florida.

Haunting in every sense of the word, this genre-blending tale will stay with you long after you turn the last page. 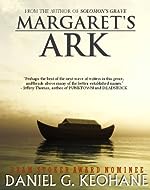 “This was an entertaining story that was also very thought provoking.”

On April ninth, thousands of people wake from the same dream, angels instructing them to build a biblical ark in their front yard, or the town square or little league field. Anywhere, to prepare for the worst natural disaster to strike the world since the days of Noah. A widowed California high school teacher risks everything to build a boat in the sixty days she is given. A homeless and self-proclaimed prophet of God preaches across Boston’s waterfront, unaware that he is not alone in his visions. A young priest is torn between the signs around him and the skepticism of his Church. A physician’s plans for advancement are threatened by her husband’s dreams of a coming flood.

In the end, only thirty people may board each boat. As the world slowly comes to grips with events unfolding around them, they must weigh their own faith in the exceptional and identical visions of so many people. The skies are clear, without a hint of rain. But if the dreams are true, something terrible is looming on the horizon. 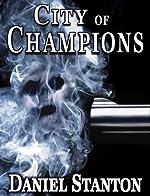 “This book is action packed, fast paced with characters that are complex.”

Morgan Cole is a man with a dark history involving the government and covert military operations. He has returned home to the South Shore of Massachusetts to be near the only family he has left, his older brother Nathan. Working as private investigator with a woman he truly cares for and seeing his brother on a near daily basis he finally feels a sense of normalcy in his life that he never imagined possible. When Nathan is found brutally murdered Morgan sets out to find the people responsible. Fasten your seat belts and get ready for a fast paced story of Betrayal, Corruption, Murder, REVENGE and how one man serves up what can only be described as an “outlaw style” of justice. 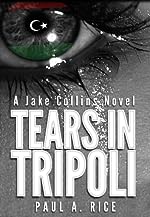 “This was a well written, fast paced book set in the midst of a recent historic event; I’d recommend it to anyone.”

Providing security for international media teams is old-hat for Jake Collins. He’s been there and he’s done that. However, his latest little jaunt, one that sees him travelling right into the heart of Libya, soon turns out to be the trip of a lifetime.

The day after Jake arrives in Libya, the rebel assault upon the heart of Tripoli begins.

The destruction of Colonel Gadaffi’s compound, a giant, walled village in the heart of the troubled city, is the Rebels’ only goal, and they will not be stopped.
Jake soon finds himself in the thick of the fighting, racing through the war-torn streets of Tripoli with a camera crew under the gaze of his watchful eye.
It’s never easy trying to stay alive in a world ripped-apart by revolution and madness, especially when some of Jake’s crew seem absolutely determined to get themselves killed.

Finding himself surrounded by death and love, sadness and joy, it seems to JC that there are enough tears in Tripoli for a man to drown in.

Jake Collins doesn’t do tears, and he’s not that keen on drowning, either. 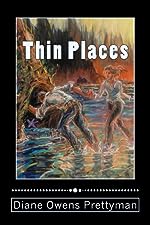 Just days before his execution, Calvery Thomas has reason to believe in thin places. He looks at the world through the eyes of someone who has already passed on. When he promises Finn Tully a reward to find his daughter and prove his innocence to her, Calvery knows the request is unreasonable. He also knows Finn needs his help, and Calvery’s daughter needs the money. Finn is clean, sober, on the downside of a prison term and not about to get swallowed up in Calvery’s problems until a series of unexplainable events propel Finn into the middle of the mysteries surrounding Calvery’s execution. When Finn finds the daughter, Chloe, in Clam Harbor, Washington, he soon realizes she is in danger. Chloe is a tough, no-nonsense charter boat captain involved in a smuggling operation with the very man who framed her father. Finn and Chloe join forces to find the truth behind Calvery’s execution and, in the process, discover the power of a father’s love and the miracles of the world beyond this one. 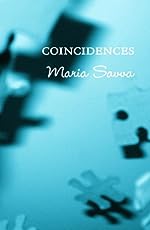 Secrets, lies and coincidences abound in this story of a young girl looking for her father. Alice, now twenty-one years old, is determined to find her father who left home when she was just a baby, despite a warning from her mother that she should not look for him. Her mother’s secretiveness over the subject is because of the guilt she feels about keeping the truth from Alice. It will take all of Alice’s courage to persevere in her search. There are doubts and uncertainties at every turn. Coincidences is a story about following your dreams and staying on the path no matter how difficult the circumstances may become.

END_OF_DOCUMENT_TOKEN_TO_BE_REPLACED 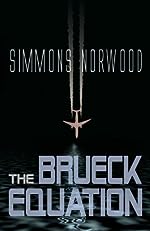 While working on a project for the eccentric mathematician Antoine Brueck, graduate student Steven Brooks discovers that one of the professor’s chaos theory formulas appears to predict airplane crashes. Steven’s own life is thrown into total chaos as he races against time to understand what is happening … and to prevent the next disaster. Can Brueck’s equation really predict plane crashes, or is there a more sinister explanation? And can Steven unravel the mystery in time to save the lives of 437 passengers on final approach to disaster?

END_OF_DOCUMENT_TOKEN_TO_BE_REPLACED

Harlequin is offering Suspense Novel “Hide in Plain Sight” by Marta Perry for free to celebrate 60 years of pure reading pleasure. You can download it in multiple formats. END_OF_DOCUMENT_TOKEN_TO_BE_REPLACED

Harlequin is offering Suspense Novel “Crime Scene At Cardwell Ranch” by B.J. Daniels for free to celebrate 60 years of pure reading pleasure. You can download it in multiple formats. END_OF_DOCUMENT_TOKEN_TO_BE_REPLACED