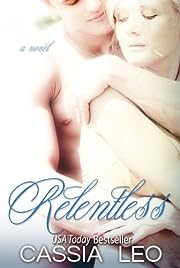 “Sometimes letting someone go is the ultimate act of love.”

Claire Nixon is a college student with a past full of secrets and heartbreak.   At seven years old, the death of her mother by drug overdose destroys her faith in humanity and herself as she is tossed from one foster home to another. Feeling unwanted and disposable, she fights to keep herself safe in the system. Until, at the age of fifteen, she is saved by her first love, and soon-to-be rock star, Chris Knight and his mother, who quickly becomes the mother she always wanted.

When Claire encourages Chris to leave town to pursue his dreams of musical stardom, both Claire and Chris don’t realize this will be the biggest mistake of their lives.

One year after Chris leaves on tour, Claire has carved out a new life for herself in a new city far away from the life she left behind with Chris. On a fateful morning, she meets sexy surfer Adam Parker.

To Claire, Adam is just another flirty customer at the cafe, until a chance encounter and seemingly innocent comment spurs a bet between them. The bet is simple: If Adam can get Claire to reveal the secret that made her drop out of college and leave her life behind, she has to re-enroll. If he doesn’t succeed, she gets to keep her secret and he has to stop stalking her at the cafe.

Claire thinks she has this one in the bag. She’s perfected the art of forgetting her past. But she isn’t prepared for Adam’s relentless pursuit or for him to share his own secrets. And she’s definitely not prepared for the love of her life, Chris Knight, and her secret, to come banging down her door one year later. 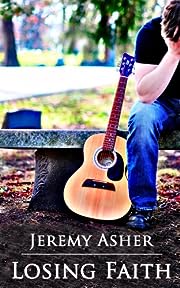 Seth Storm, a once famous musician from Nashville, is now nothing more than a fallen star. After climbing the music charts and making his dreams come true, his life took a turn that he’d never expected, causing him to lose it all. Now Seth is determined to do whatever it takes to turn his life around, even if that includes doing the one thing he swore he’d never do. After giving up music and the career he spent much of his life building, Seth embarks on a journey to get back what he cherishes the most: his daughter, Faith.

Trista Tilman, a single mother, finds shelter on the road as she and her daughter try to escape her abusive fiancé, Randall Tuck. As Trista struggles to repair her damaged relationship with her daughter, Tuck begins to close in on them.

Along the way, Seth and Trista encounter a storm that threatens their one chance at getting their lives back. Forced to travel together, they discover that success lies not just at the hands of fate but also within each other, two unlikely travelers fighting to survive not only the storm but also the demons of their past.

As the road takes them deeper and deeper into the storm, Seth and Trista find themselves face-to-face with their worst fears. Can love help them pick up the broken pieces of their lives? 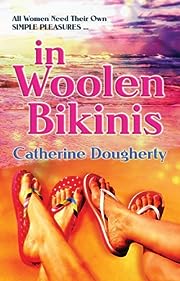 All Women Need Their Own Simple Pleasures . . .

Jean and Rosie are involved in a new adventure together—one they’re both excited about—and they’ll introduce you to some interesting characters along the way. While Jean is also busy dealing with numerous man issues, her best friend, Rosie, has plenty of issues of her own: she’s facing empty nest syndrome, her husband is recovering from heart surgery, and she’s finally prepared to solve a deep, dark secret from her past. Then, there’s the unexpected news that could shatter her optimism and faith.

In Woolen Bikinis is an engaging story about the unpredictable twists and turns that can happen in any woman’s life, as well as a strong friendship, one Jean and Rosie are fortunate to have, that can help carry one through.

It’s also about Simple Pleasures, plenty of them (like woolen bikinis). Be prepared to be delighted! 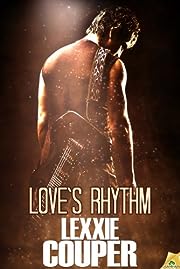 His music moves the world. Can his love move her heart?

Nick Blackthorne knows all about words of love. They’re the reason he’s the world’s biggest rock star. The irony? He turned his back on love a long time ago, lured away by the trappings of fame.
An invitation to a friend’s wedding is a stark reminder of how meaningless his life has become. When he enters that church, there’s only one woman he wants on his arm–the one he walked out on a lifetime ago. But first he has to find her, even if all she accepts from him is an apology.

Kindergarten teacher Lauren Robbins once had what every woman on the planet desires. Nick. Their passion was explosive, their romance the stuff of songs…and it took fifteen years to get over him. Then out of the blue Nick turns up at her door, and all those years denying her ache for him are shattered with a single, smoldering kiss.

But molten passion can’t hide the secret she’s kept for all these years. Because it’s not just her heart on the line anymore…and not just her life that’ll be rocked by the revelation. 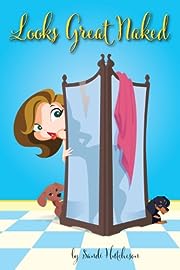 Grace Adams has it all under control. True, she can’t order anything through the mail for fear her dachshunds, Laverne and Shirley, will intercept and eat the contents, and she’s still carrying a few extra pounds from the birth of her kindergartener, but the rest of her life – marriage, kids, house, even her tennis game – is picture perfect.

At least it is until the day her mother hands her a diet and exercise book called Look Great Naked and says, “I think your husband’s having an affair.” As the façade begins to crumble, Grace realizes that looking great naked means having nothing to hide. It’s accepting yourself exactly the way you are — right here, right now, flaws, wrinkles, knots, bumps, lumps, bad attitude and all.

END_OF_DOCUMENT_TOKEN_TO_BE_REPLACED

Bet in the Dark 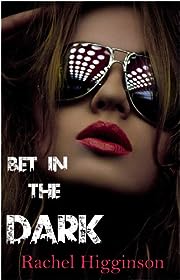 All Ellie Harris wanted was a life of her own.

In a shortsighted decision, she follows her high school boyfriend to college, only to get cheated on and then dumped. And to add insult to injury her overprotective family is suddenly clinging to her again, fighting to control every part of her life.

Bad luck follows her hasty decision and when her roommate steals her identity and leaves town, Ellie is left to clean up a gigantic mess.

Fin Hunter insists Ellie owes him seven thousand dollars from an online poker game and he is determined to get it from her. Determined to keep her family out of her life, Ellie agrees to work for Fin in his illegal online poker operation. He’s given her six weeks to pay off the debt.

Soon sparks are flying between them and the only thing keeping her from falling for him is the debt she still owes and the money she doesn’t have.

At the end either Ellie will have to pay the mistaken debt or bet in the dark that her feelings for Fin will be worth more than the money. 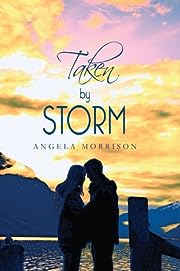 Mormon girl Leesie has life figured out until devastated Michael lands in her small town high school. He needs her like no one has before. A rare journey into a faithful LDS teen’s intimate struggle.

Mark of the Mage (The Scribes of Medeisia) 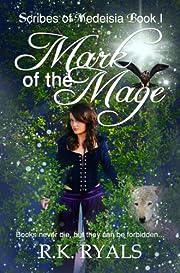 Books never die, but they can be forbidden.

Medeisia is a country in turmoil ruled by a blood thirsty king who has outlawed the use of magic and anything pertaining to knowledge. Magery and scribery are forbidden. All who practice are marked with a tattoo branded onto their wrists, their futures precarious.

Sixteen year-old Drastona Consta-Mayria lives secluded, spending her spare time in the Archives of her father’s manor surrounded by scribes. She wants nothing more than to become one of them, but when the scribes are royally disbanded, she is thrust into a harsh world where the marked must survive or die. 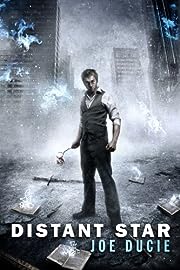 For Declan Hale, the Shadowless Arbiter, life has been simple since he ended the Tome Wars and forced a cruel peace in the mythical realms of Forget. Exiled to Earth for his crimes, Declan spends his days managing a small bookshop.

So when a familiar looking corpse appears in the dead of night, spilling his scotch, Declan is less than amused. Especially because the body is his own. Someone–or something–has sent a calling card from the future.

Daring him to confront his monstrous past.

The last time Declan went to war, Ascension City burned and eight million people lost their lives. The Knights and Renegades should have left him alone…
*~*~*~*
An urban fantasy story, the first in a series, that spans worlds, universes, and time. Join Declan as he battles friends, enemies, kings, and the gods themselves in his struggle for redemption. 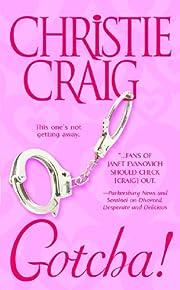 Macy Tucker was five years old when her beloved grandfather dropped dead in his spaghetti. At twelve, her father left his family in the dust. At twenty-five, her husband gave his secretary a pre-Christmas bonus in bed, and Macy gave him the boot. To put things lightly, men have been undependable.

That’s why dating’s off the menu. Macy is focused on putting herself through law school — which means being the delivery girl for Papa’s Pizza. But cheesier than her job is her pie-eyed brother, who just recently escaped from prison to protect his new girlfriend. And hotter than Texas toast is the investigating detective. Proud, sexy…inflexible, he’s a man who would kiss her just to shut her up. But Jake Baldwin’s a protector as much as a dish. And when he gets his man — or his woman — Macy knows it’s for life.